Drilling under a taxiway, which was in use at the time. That was the challenge Brownline faced ten years ago. In December 2012, we started the first of 14 pilot bores that were necessary for the expansion of Abu Dhabi Airport. Brownline’s Peter Tersteeg was on site to survey these bores. Together, we take a look back at this project.

The aim of the drillings was to install power, communications and fuel lines. “We crossed under the taxiways on three separate places and they were active during operations. That makes avoiding frac-outs extra important. We also had to deal with a lot of safety restrictions and checks whenever we entered the airport, and again when we left at the end of the day,” says Peter.

Another challenge was the spacing between the parallel drillings. “The smallest distance was about 1.15 m (3.8 ft). This is very narrow. The product pipes are 70 cm (2.3 ft) in diameter, so the space left between the pipes was about 40 cm (1.3 ft).’

It goes without saying that high precision was a requirement for these drillings. Since no surface access was possible and various sources of interference were present, the Drillguide GST was the logical choice to survey the pilot drillings. The bores were on average 280 m / 920 ft in length and reached a depth of 10 m / 33 ft.

Peter Tersteeg: “It was a fun project, the weather was very warm and sunny. Despite the high temperatures all crossings were completed without any issues. I look back on a very successful project!” 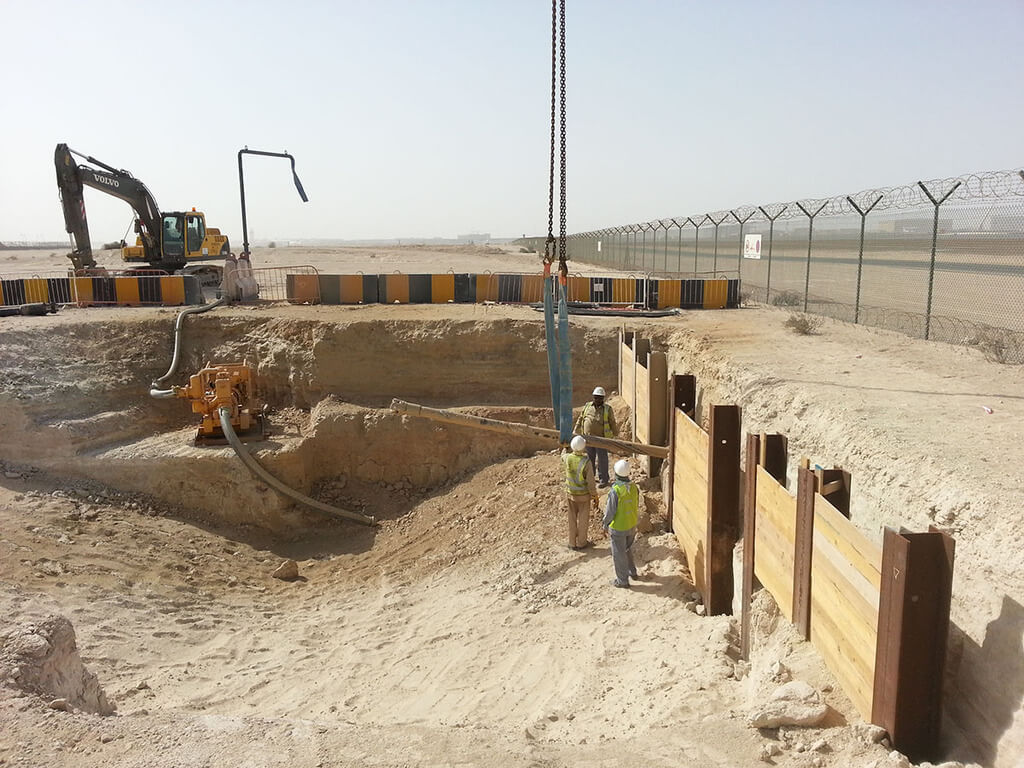 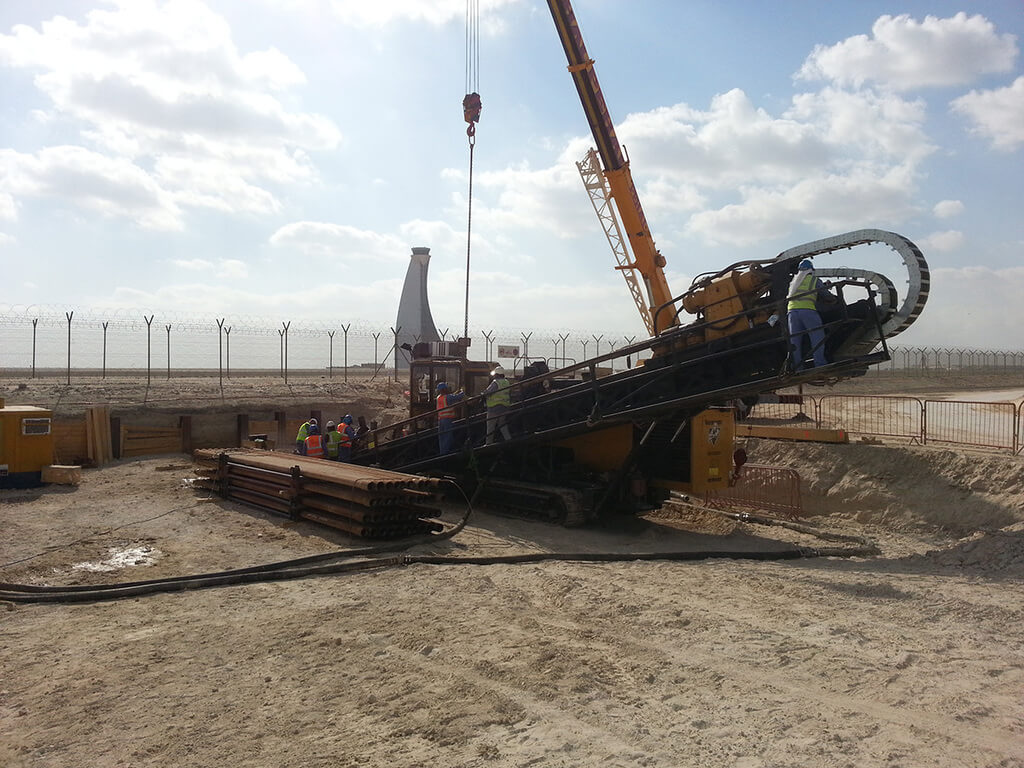 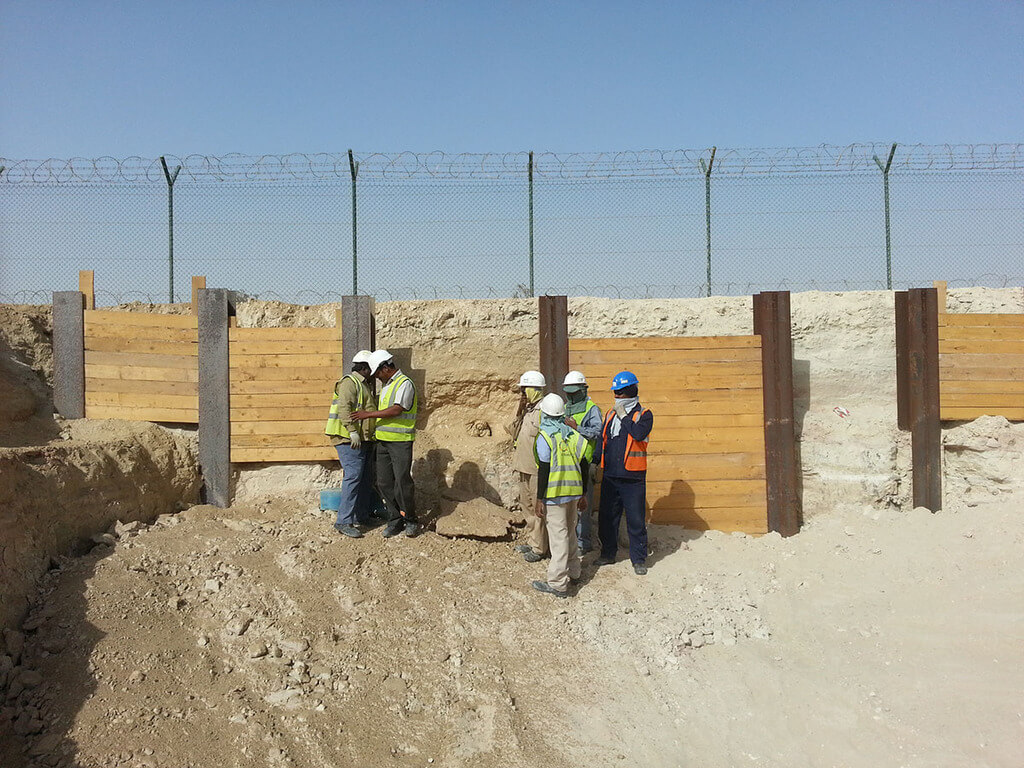 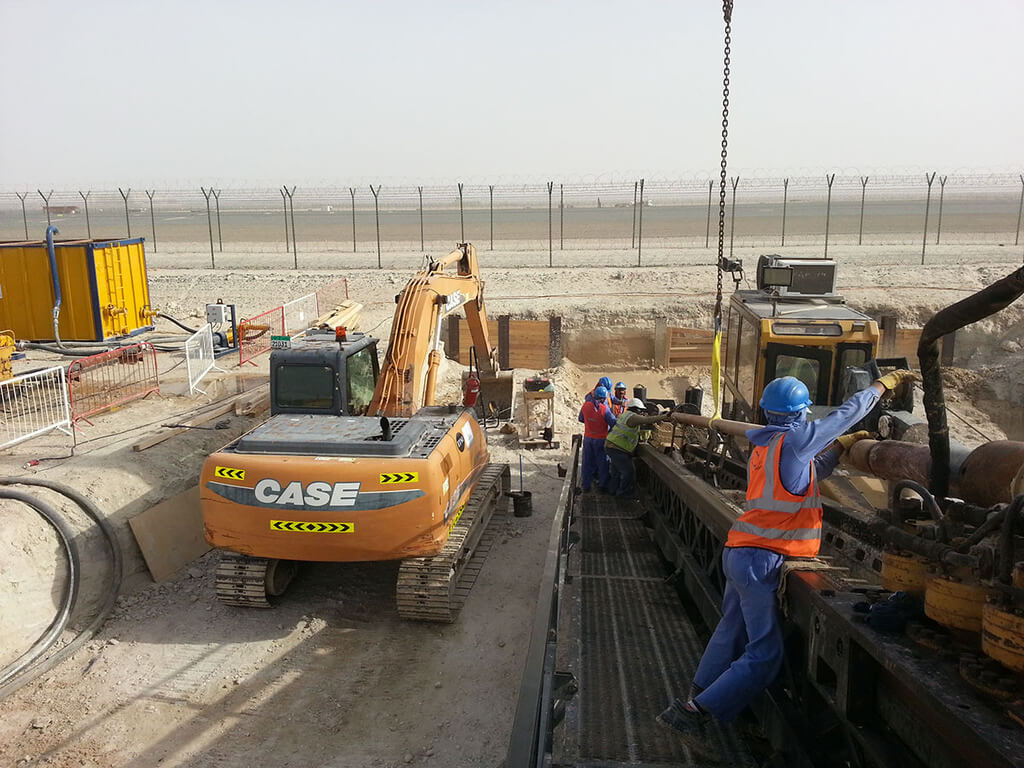 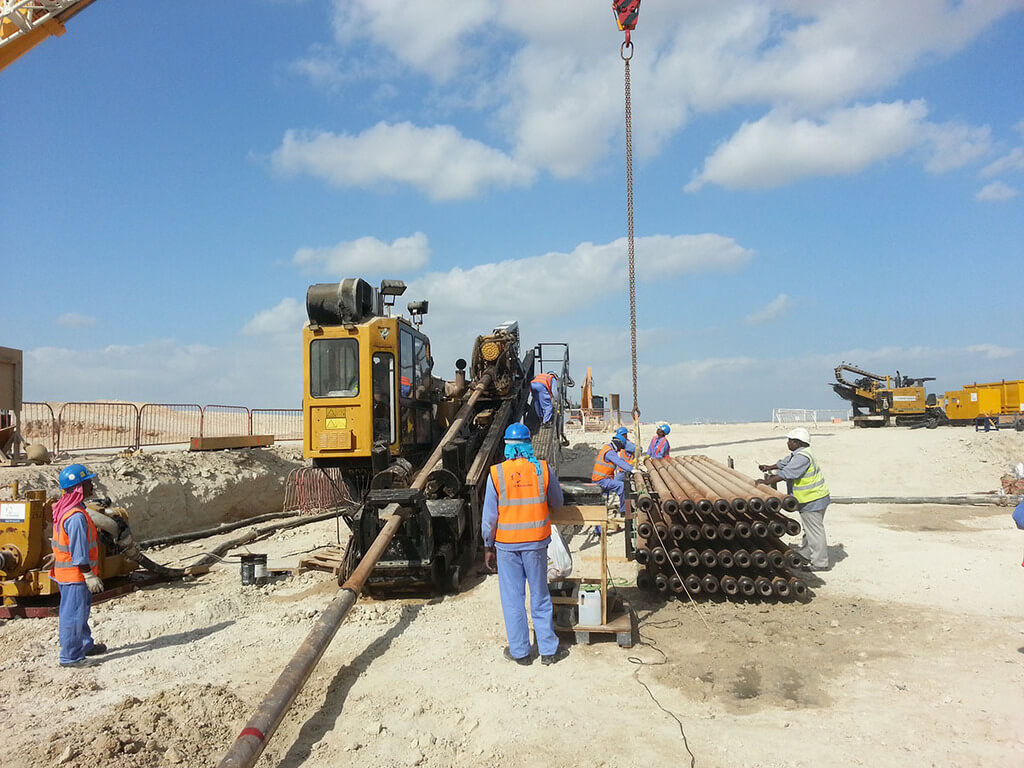 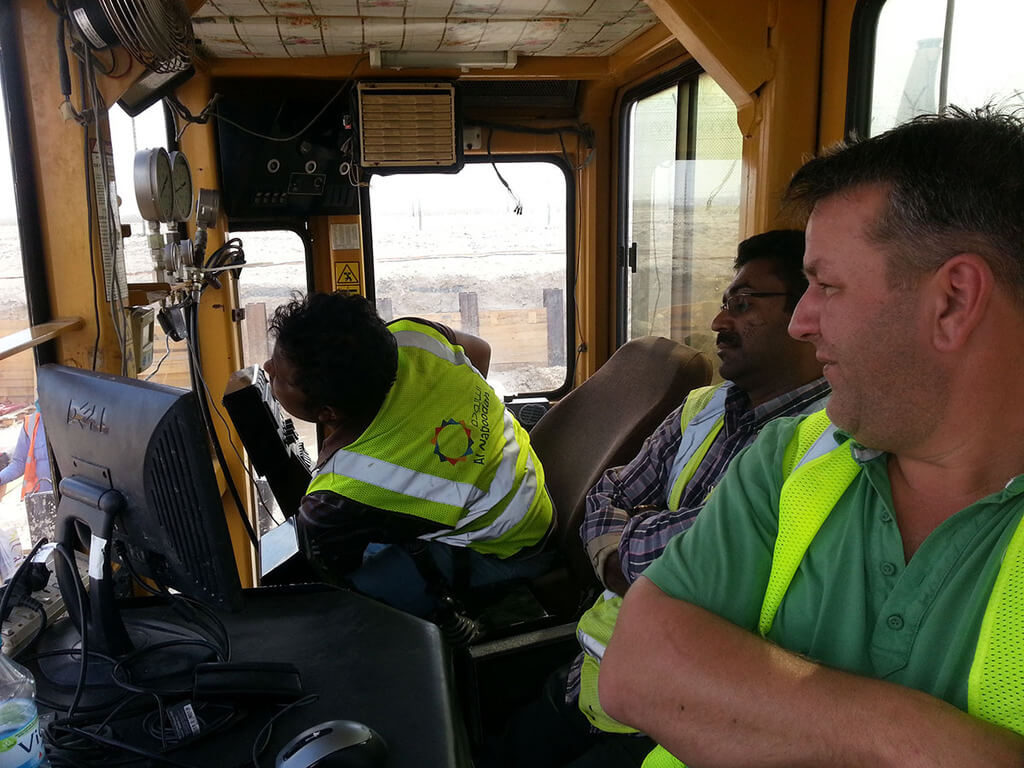 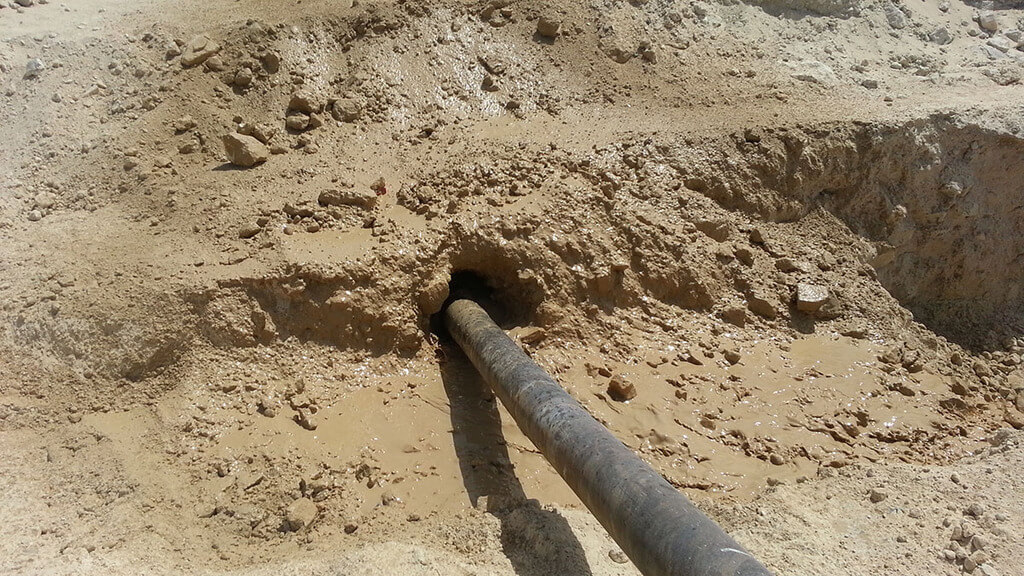 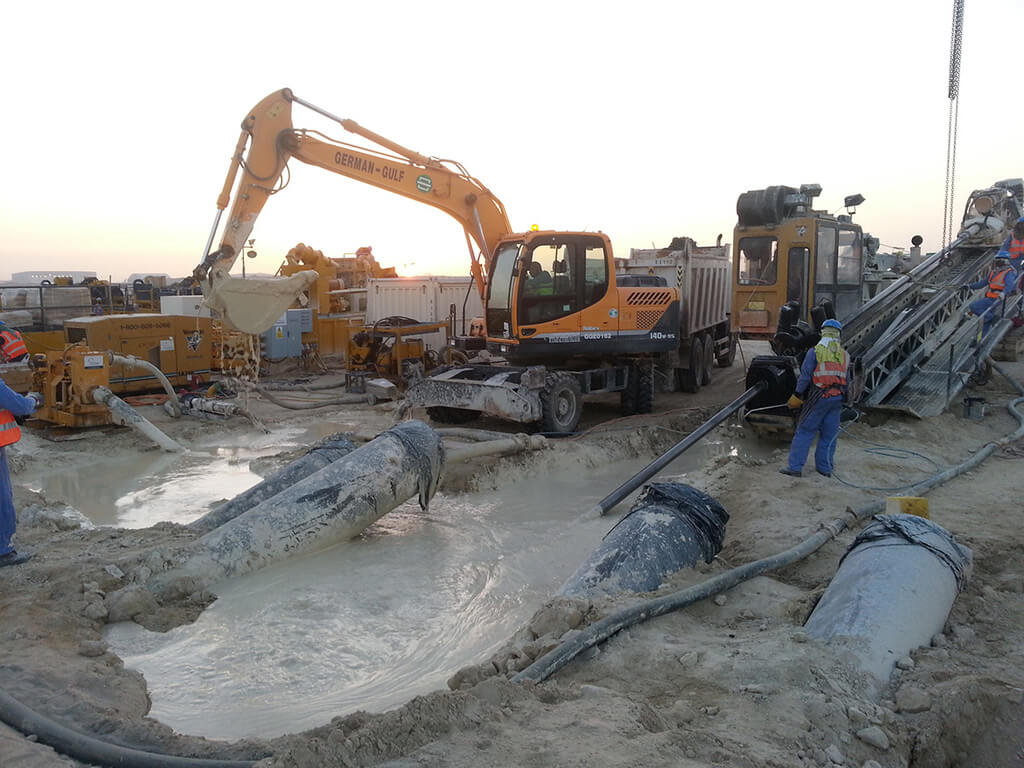 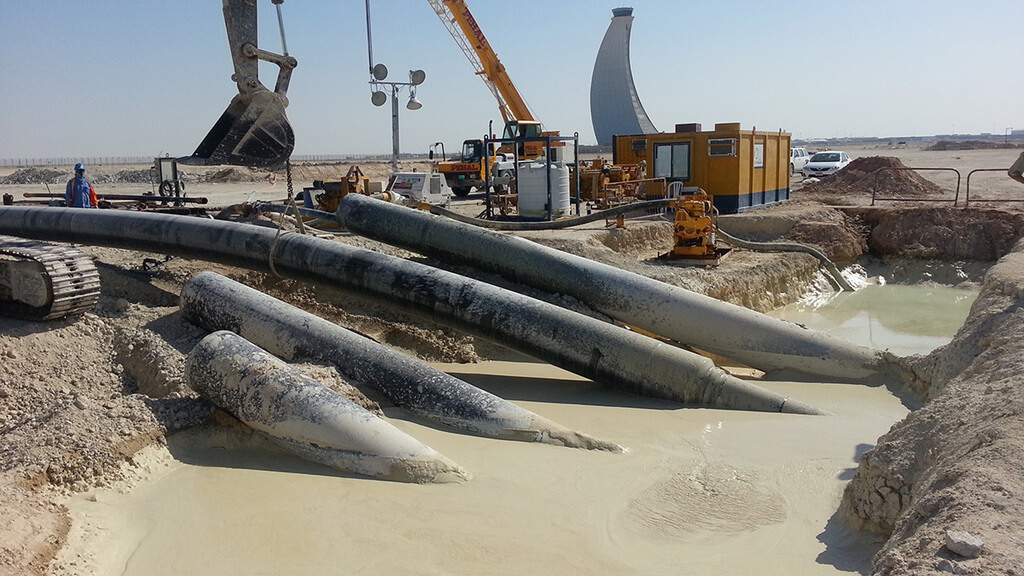 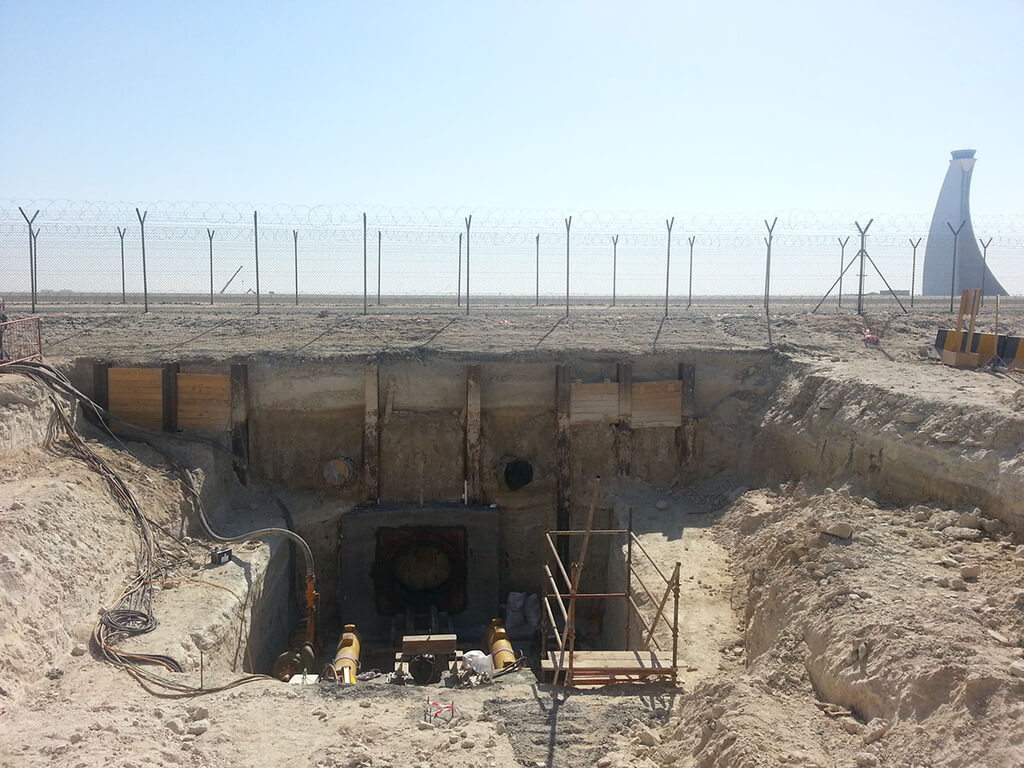 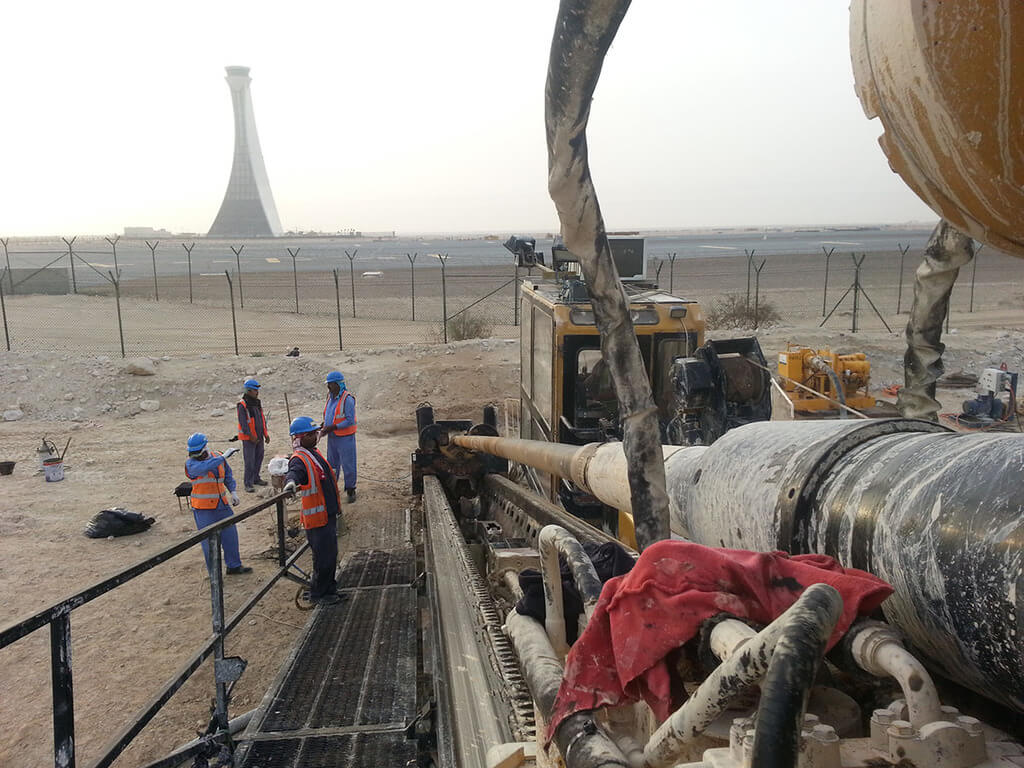 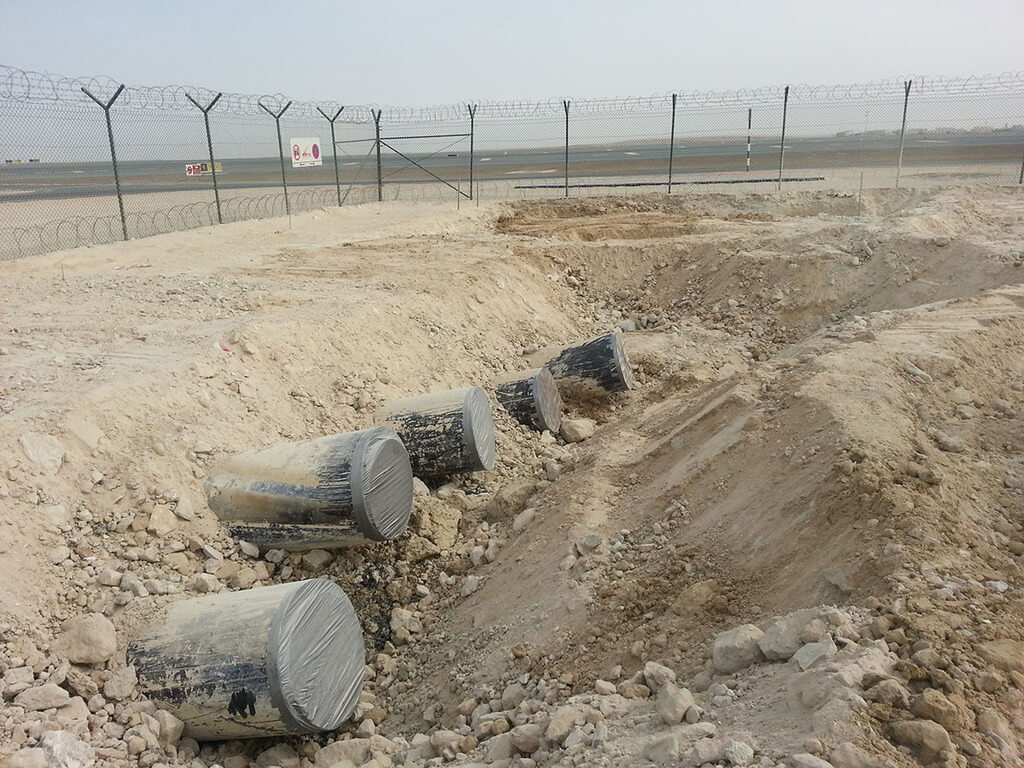 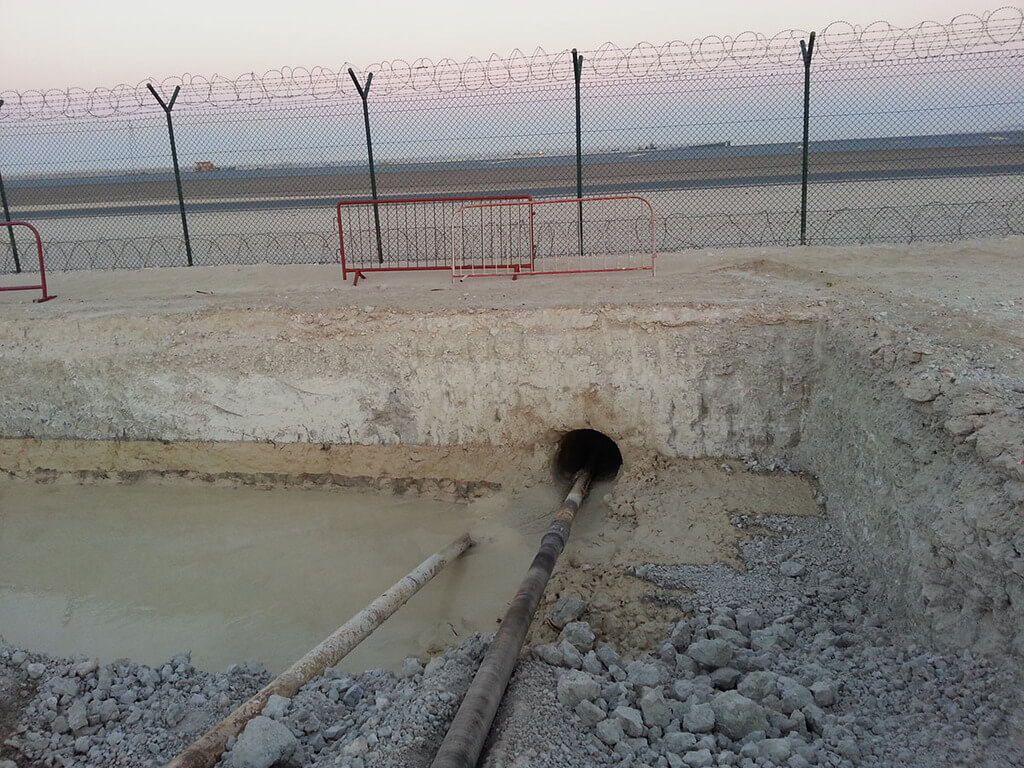 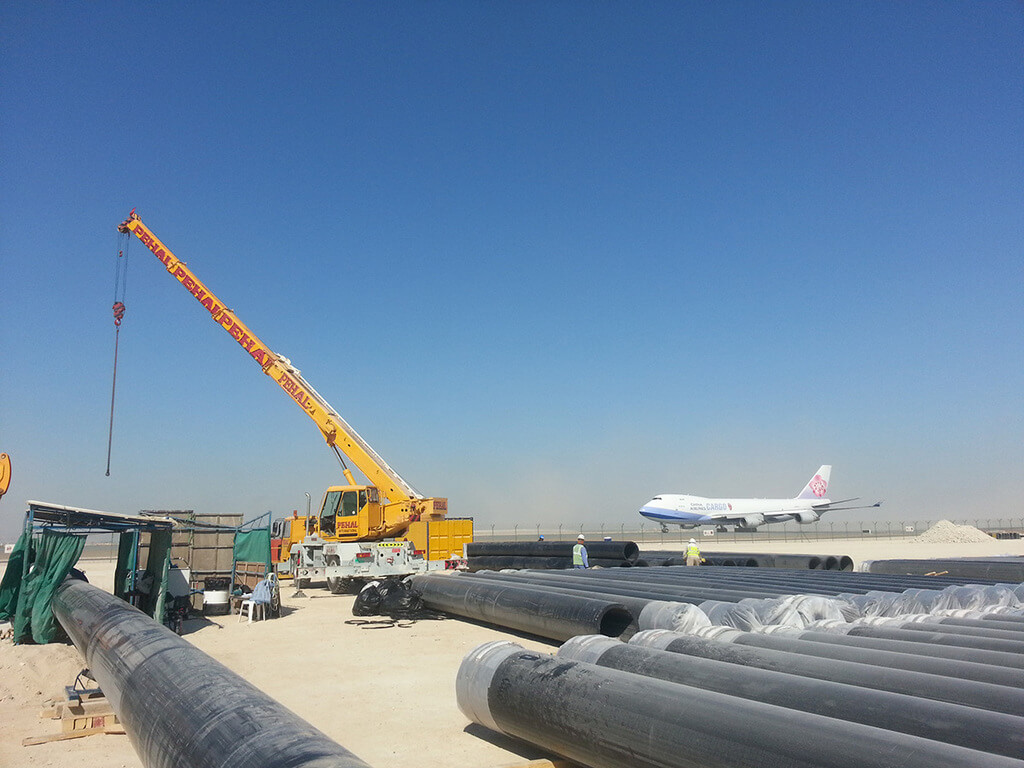 Back to overview
We use cookies to improve your user experience, do you agree with this? More information about cookies
No Yes